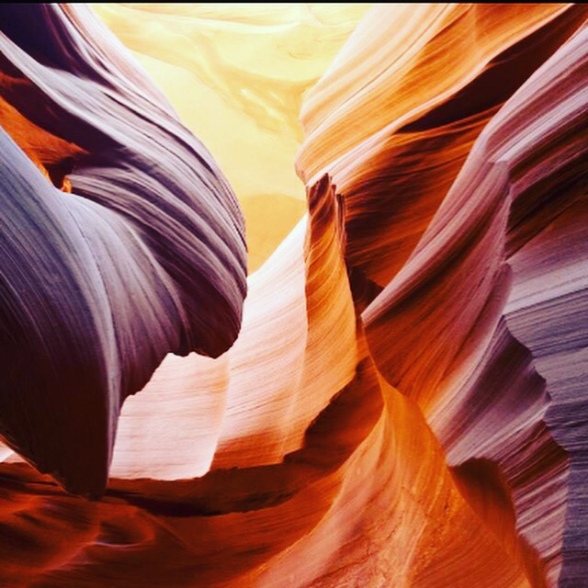 You have to do things on

the quiet undisturbed development, comes from deep inside

and push’s through this all.

Nor can it be accelerated,

everything is continuity and

which doesn’t push its sap,

And stands confident in the storms of spring.

it comes only to those with patience.

so carefree, quiet and far off.

You have to have patience

With the unsolved in your heart,

and try to love the unanswered questions yourself,

like locked rooms, or books that are written in a strange languages.

It’s about living everything.

If you live the questions, you live gradually and

When living in India time is never of the essence, it is in itself an essence and thereby it never stands in your way as a deadline. Time joins you in the flow between waking and sleeping, You orientate by glancing up over your shoulder to estimate where you are in the day, by observing the position of the sun in the sky.

Events never start but more organically begin to happen, people animals things gather, accrue in the place assigned and as the energy gathers, the movement or action becomes more apparent till the air is buzzing with voice, music and dance.

Concerts were scheduled in places, but times were held specifically vague. Ravi Shanker would be playing the sitar in the afternoon, or the classical dancing would be taking place in the evening. This gave the artists as well as the audience great freedom to flow in as it fitted into the greatest perspective of everyone’s day. Beautiful!

Business as well, I experienced as a form of art. The first brushstroke brought everyone a steaming hot cup of tea, then politely your circumstances were shared, thus creating a background to the greater picture of your visit. Work on the central theme was necessarily a shared experience between yourself, as the customer and the merchant. What it was that you initially came for, often got completely forgotten as new products, unexpected ideas and advantages, quantities and weights, volumes and colours would blow back and forth across a seemingly bottomless pot of aromatic steaming hot tea. Time became everybody’s ally, the moment, a journey, a picture to be hung in that memorable gallery of one’s own experience. I love India and it’s people.

For anybody travelling to India,  even today,  the head-wag is something very particular to the continent. It is a standard non-verbal means of communication which can mean many things in different situations. The motion usually consists of a side-to-side tilting of the head in arcs along the coronal plane, also referred to as a bobble. Often when asking directions I would be answered with a beaming smile and a vigorous Coronal wag of the head.

The interpretation  I discovered was simply, “ I have no idea what you talking about but it’s been a pleasure to meet you anyway.” I soon adopted this pleasant and friendly means of communication along with its greeting, “ Namaste”. 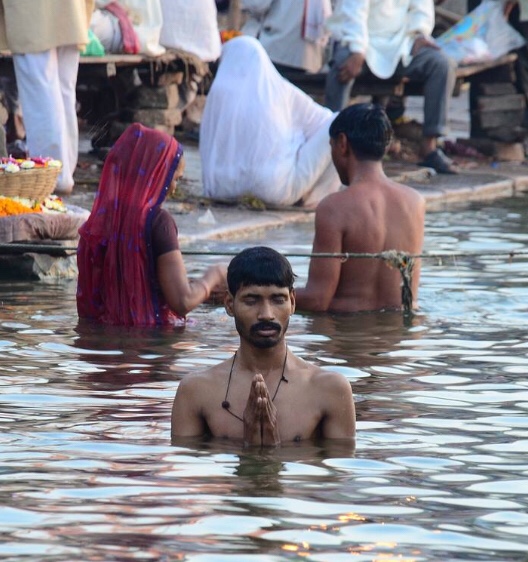 From the ancient traditions, it was Lord Shiva who is reported to have established this remarkable City on the banks of the Ganges River.  He is also credited with having developed Indian classical music and dance forms, which after over 2000 years have marked Varanasi as not only a UNESCO “city of music”, but also India’s classical cultural capital.

It was early November 1984 when my train arrived at the heart of that musical city. The Kartika Purnima, a holy festival celebrated at the full moon in November was about to begin. My accommodation was down by the Ghat enabling me to participate in the activity and rituals along the waterside, as well as quick and easily accessing the halls and centres where the music and dance were being performed.

India by the beginning of the 1980s had not as yet entered its astronomical phase of development with which we can compare it to today.

It was still old India, the roads were small and potholed,  the vehicles, be they busses, taxis, bicycles or trucks all could be characterized as dilapidated. The magnificent railway system a living relic of British colonialism The town itself,  unchanged since millennia invited me into it’s a maze of alleys and streets. The air carried fragrant clouds of incense, for on almost every corner, a small shrine could be found, the gods in their many manifestations richly endowed with offerings of food and flowers.

From the suburbia of Fish Hoek, Cape Town to this medieval world was similar to doing a backward somersault into another reality. The merchants had organised themselves so that in different areas of the city, the different tradesman wares and services could be discovered.  Vegetables and food in one area,  metalwork and metal hardware in another area and so on. Each vendor sat in the entrance or window to his shop,  communicating intensively with all of the passes by, so that the spectacle was intense, tight, busy and very loud. The silk merchants with floor to ceiling rolls of brightly coloured cloth and hand stitched sarees. The herb and spice traders with their wares piled tastefully in symmetrically exact, geometrical pyramids of turmeric, cardamom, cumin and salt, not only mesmerised my sense of sight but also doped my sense of smell with its cacophony of extraordinary flavours.

The hustle and the bustle of busy street life never lost a moment of its intensity as the  hot sun dipped it’s head to the golden horizon.

After 10 at night, only then did the heavy blanket of exhaustion lay upon that thrifty population and people seem to lie down wherever they happen to be to sleep.  The pavements became the homes of the many, a blanket nothing finer than a dirty cotton throw,  a pillow nothing more than the elbow of a folded arm. The Ghats glowed red in the flickering light of the funeral pyres, wild monkeys still swung screeching from the branches of the Banyan Tree and the Ganges River in its tremendous width of almost a kilometre gurgled and splashed peacefully on those carved granite boulders.  My back still absorbing the river banks warmth, the peaceful evening floated high on the distant notes of sitar and tabla while in all its magnificence a full moon rose to dazzle those ancient structures and temples in magic light.

I’ve had my bath am ready for bed

My teddy too lies at my head

The days been long him me and you

At breakfast time he shared my egg

Then on my trike We rode to care

Where children play me with my bear.

His name is Tom, his nose is black

His ear is torn that’s is a fact

He had a fall high from the swing

Caught a thorn while chasing me

Watched me finger paint in blue

I got a hug

I got a kiss

I got the love I’ll never miss

Which I give you too

Now next to me right at the end

Of a long long day of this and that

Time is now to say a prayer

Hold our hands me and my bear.

Time for dreams where I’ll be with him

My dad my mom.

Poem: A Child once said.

A child once said,

When going to bed.

That blow the wind and make the breeze.

The splash of water on the shore.

From swimming fish and whales and more.

From mermaids gentle, who plate their hair.

Who sing song sweet in the moonlit air .

Of the sailor far on his ship of wood.

Of a long lost child on the shore she stood.

Of her heart ache when going to bed.

Of waiving trees too the wind she said,

„Please Blow daddy to my bed this night“,

To sail with him the silky blue,

With mermaid song and whales spume too.

Upon my cheek his kiss so light.

Then shoot the moon,

in a star filled sky.

We will sing and laugh and dance till light.

Just you, just I.

My daddy and me. 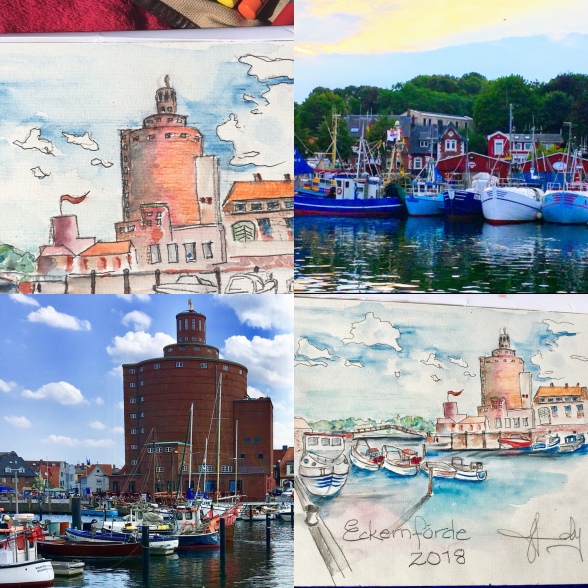 The way we respond to anything depend on two things, the pictures we create in our heads and the words we say to ourselves about those memories. Shouldering they be negative, change the script to a positive one.

Repetition is essential for the mind, statements of truth sink into the deep subconscious mind and from that place their nutritional value feeds the soul, returning peace and happiness and joy to that person’s personal experience of life.

Change your thought patterns, you change your feelings which changes your actions.. . Etc.

Liberate YOURSELVES from ONESELF.

The most important words that we hear are the words we say to ourselves.

My happiness comes FROM me not too me.

Happiness is my choice,

Nothing can make me happy UNTIL  I choose happiness.

No person can make me happy UNTIL I decide to be happy.

My happiness comes FROM me not too me.